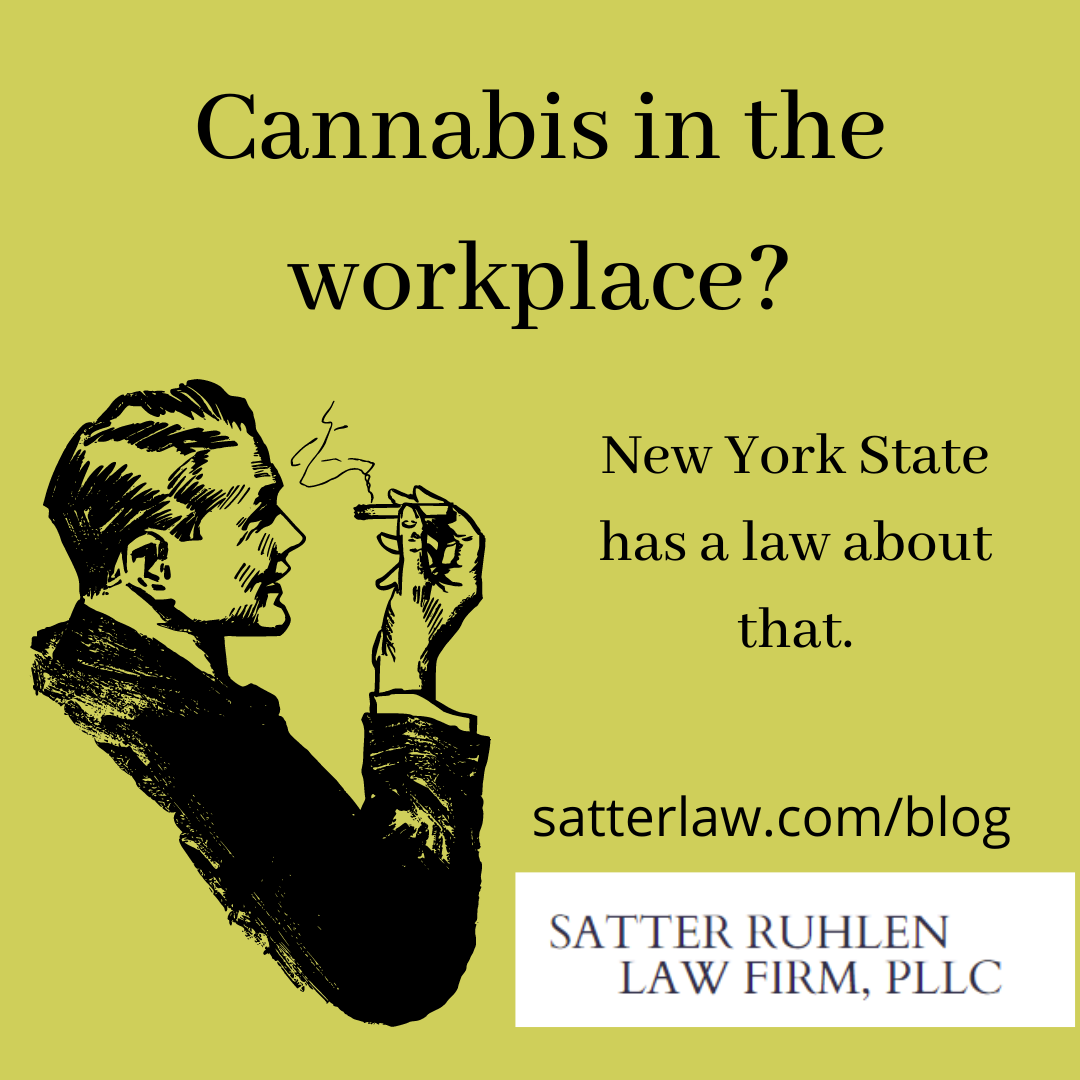 In July 2022, Senator Schumer’s Cannabis Administration and Opportunity Act bill was introduced, seeking to decriminalize marijuana federally. There are a variety of reasons the bill may not have the votes to pass, but many states – including New York – have laws that prohibit discrimination against employees who use cannabis… sort of.

Does this mean you can smoke up at work with impunity? NOPE. Please don’t do it – you’ll get fired.  (See our previous blog posts here  and here for more information about how marijuana can still get you fired.)  But it does mean that a New York employee who works in a non-safety sensitive position shouldn’t be getting tested for cannabis, and shouldn’t be getting into trouble for off-duty use unless the employee “manifests specific articulable symptoms of cannabis impairment” that interfere with job performance or safety. What are “articulable symptoms of cannabis impairment?” Very good question. Nobody knows. Bottom line, don’t be high at work.

Also, if there are state or federal regulations (for example Department of Transportation rules) that require testing, the employer can still test and take disciplinary action on the basis of a positive test. If you have specific questions about cannabis in the New York workplace, make sure you consult with a New York workplace attorney!

So, the workplace is not going to become a magical mystery tour any time soon.  But what you do after work is starting look a little more like your own business.

On July 1, 2021, I blogged about the intersection of legalization of recreational cannabis use and an employee’s workplace rights in New York. At that time, the New York State Department of Labor [“NYS DOL”] had not yet weighed in on whether employers may continue to test employees for cannabis now that recreational use is legal in New York or addressed other issues created by cannabis legalization.  On October 8, 2021, however, NYS DOL released guidance clarifying workplace rights in the post legalization era.  Adult Use Cannabis And The Workplace – New York Labor Law 201-D (October 8, 2021).

Review of NYS DOL guidance tells us the following:

So, what exactly are “articulable symptoms of impairment?” The guidance does not provide a list of specific symptoms but explains that the symptoms must be “objectively observable indications that the employee’s performance of the duties of the position are decreased or lessened.” This appears to mean that neither a positive drug test for cannabis nor the smell of cannabis on one’s clothing can serve as the sole basis for an employer’s conclusion that an employee was impaired by marijuana at work and therefore subject to discipline.

Keep in mind that cannabis legalization does not prevent an employer from prohibiting cannabis use during “work hours,” which includes unpaid breaks and mealtimes, even if the employee leaves the worksite. Employers can also prohibit the use of cannabis during periods when an employee is “on call.” In addition, employers can also prohibit cannabis possession while at work and prohibit cannabis use, and possession, in company vehicles or on company property, even after regular business hours or shifts.  When a remote employee works from the confines of a private residence, however, an employer cannot prohibit possession of cannabis at the remote location because the term “worksite” does not include a remote employee’s private residence. N.Y. Lab L. §201-D. As such, an employer can only impose discipline of a remote employee if s/he exhibited articulable symptoms of impairment during work hours, not for possession of cannabis.

If you believe you have been improperly disciplined by your employer for legal use of cannabis, contact a workers’ rights attorney.